IT in Business - The New Mantra for the CIO

The Role of DCIM in a Lean, Clean and Mean Data C

Technologies Taking Industries to the Next level o

Transportation and Logistic Industries: Are they in-line with Digital India? 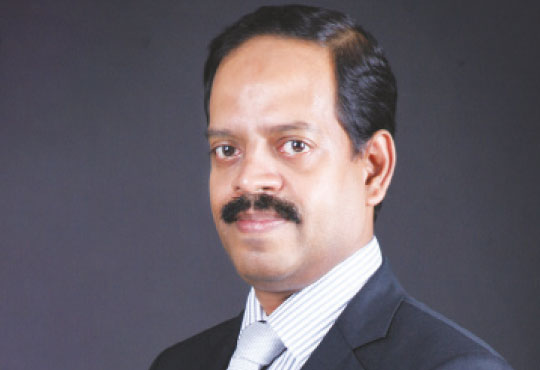 India has a large number of IT professionals to occupy the second position just after US and numbers are grow­ing to overtake the US in the very near future, however the country had lagged for a decade to show the leader­ship in Digitisation of its own services. Other than the Illiteracy in a large percentage of the population, one of the reasons for the delayed start is the affordability of IT infrastructure for the nation and the gadgets for the com­mon man. Now that inexpensive smartphones are avail­able with most people even in a rural area than in the past decade, it has taken a boom in India to promote digitiza­tion in all sectors despite the fact that country has the poorest Internet connectivity. Government is digitizing all that is possible under government sectors and at the same time exhorting all corporate and small & medium size enterprises to move towards maximum digitization possible.

The technology of Internet of things (IoT) through radio frequency identification (RFID) or SIM based sys­tems is a network of physical devices, vehicles, containers project equipment embedded with sensors, actuators, and software sys­tems which enables these objects to exchange data in real time by identi­fying the actual global position of the objects. In transport industry where the shipments are moving from all the nook and corners of the world, such advanced technologies empower the customers to act efficiently with the right information in real time.

Whale sharks are protected in In­dia under Schedule 1 of the Indian wildlife protection act, 1972, how­ever fisherman continued to harvest the whale sharks. To protect and to closely monitor this endangered spe­cies, campaign has started in India which implants a tracking device on this giant sea fish to track and locate it at any point of time. Likewise, in the transportation industry, constant researches are going on to bring in­novative ideas to track the shipments & containers in sea, air, road and rail to provide the customer with a real-time path of its movement.

A study by industry watchdog ASSOCHAM expects India’s logis­tics market to be USD 307 billion by 2020. India is currently ranked 35th in the World Bank’s Logistics Perfor­mance Index (LPI) which underlines the relatively low efficiency of trade logistics in India, compared to other countries. However, India’s logistics industry is currently experiencing a transformative phase. Government’s encouraging policies for manufactur­ing under “Make in India” initiatives, the entry of global players in the lo­gistics industry, along with the in­troduction of the Goods & Services Tax (GST), and emerging avenues such as e-commerce, logistics parks, notification of 5 major industrial cor­ridors are changing the dynamics of the industry. The Pre-GST regime; forced the logistics service providers to create multiple small ware houses across the country to gain tax bene­fits and all the processes were manual and time consuming, however the new GST policies and the promotion of e-Way bill by the government are showing the paradigm shift in trans­formation.

There was a time where the only option to establish a communication with drivers were through their base stations. Today, our customers in­teract with their drivers in real-time while paying closer attention to vehi­cle operations, routing, scheduling, speed, the temperature of the cabin, tilting of cabinets etc. Customers who handle perishable goods and refriger­ated goods, for instance, are using sensors to detect trailer temperatures. Medical equipment manufacturers, chemical industries and companies who manufacture high-end servers and backup instruments are using accelerometer and gyro sensors at­tached to the tracking devices to find out whether the containers/packets are tilting beyond the tolerance limit instead of the age-old mercury based tilt sensors.

Growth consulting pioneers – Frost & Sullivan projects that Mobile Apps for Trucking have potential to become USD 35.4 Billion markets by 2025 in the world and their re­views say that by the launch of Uber Freight, the competition in the truck­ing app space is heating up.

Customers require information with few clicks and like to preserve their documents for a longer period. The industry is now providing re­positories of documents, pictures and videos of sensitive cargoes in the cloud.

Marine and Shipping industries, automobile manufactures and air car­riers are tying up with transport and logistic companies to provide spare parts on the move. GPS tracking methods and apps are supporting to provide an error free solution.

To augment the skill sets in the Logistics sector, Govt. of India, un­der Ministry of Skill Development & Entrepreneurship, introduced a pro­gram in July 2015, under Logistics Skill

Council (LSC) called “Catalysing skill development in Logistics sec­tor”. Logistics Skill Council estimate that the total workforce will increase from current 21 million to over 31 million by the year 2022 in India.

Transportation business is still unorganised and scattered across the country, however the entry of global players, acquisitions and mergers are transforming the industry. Multi­national companies along with the premium inland transport & logistics companies are gearing up to narrow down the gap in automation and digitalisation by using many or all technologies mentioned above and by augmented skill sets, across the coun­try which will boom the “Digital In­dia” campaign in the real sense.

Challenges Of Electrification In India

VTS As A Boon To Traffic Management